10 Augmented Reality Videos That Need To Be Seen 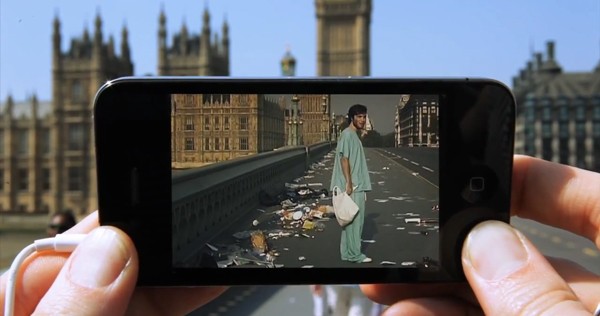 Augmented Reality Examples that could inspire you….

heard about some staggering ideas for augmented reality and just how it could affect out lives now and in the future. As ever though, seeing is believing and if you don’t have time to read all of our interviews, explanations and in-depth content on this exciting area of technology, then don’t worry because we’ve put together some of the best AR video demos around right here and now for you to enjoy.

Some of these are shorter than others but don’t be put off by the longer ones. All have made the list as they’re each well worth your time. So, make yourself a cup of tea, sit back and prepare to have your horizons broadened.

IT recruitment service CWJobs teamed up with co-founder of Symbian David Woods to create the idea of the first ever fully AR CVs. While creating one for yourself isn’t available at the moment, the demo below is certainly an intriguing look at how pushing out bits of paper to potential employers could become a lot more interesting.

Naturally, this kind of thing might lose its effect if all the applicants start doing it but it’s still a lot more enjoyable to sift through than faceless, fabrication-packed copy. What’s more, it does give interviewers the chance to get to know you before they waste your time because your face doesn’t fit.

There’s not an awful lot we can say about this augmented reality user-interface demonstration that hasn’t already been said.

So popular is it that it’s come to be known as “that TED talk” and quite rightly when you see exactly what Pranav Mistry and his colleagues at MIT have managed to come up with. If you like what you see, which you will, there’s a few bits an pieces around the web on SixthSense’s more recent developments.

Short and sweet this time is this video by graffiti artist Daim who demos what the future of street art could look like. It’s an interesting concept that kicks up a couple of ideas. Firstly, the people who own the buildings might like it as their property won’t end up vandalised.

Secondly, it’s rather fun for the viewers who can stumble across graffiti art by putting their HMDs on and, last of all, the idea of 3D spray painting creates a whole new way of thinking for the artist themselves. Interesting stuff.

It might rack them at a snail’s pace but you’d do well to beat Deep Green at billiards. Best of all in this project from the RCVLab and Queen’s University the moment that the robot starts to use AR projections to see where precisely each shot is going to end up.

hould they manage to get this kind of technology onto normal cues, they might be able to hustle a fair bit of cash. Probably best to hide is all for the wearer of a pair of AR glasses though.

We spoke to Christian Sandor earlier in AR Week but if you haven’t had a chance to read about everything going on in the Magic Vision Lab at the University of South Australia, then Sandor’s recent TED talk is a good potted history of what he and his team have been up to.

If you haven’t followed that or you want to know a bit more then it might be time to check out the in-depth version.

Similarly, this video is a demonstration from one of the leading expects in AR that we spoke to earlier in AR Week. The brilliantly named ARhrrrr comes from Georgia Tech’s Augmented Environments Lab as overseen by AR guru Professor Blair MacIntyre.

The AEL has been concentrating on driving the development of augmented reality through gaming and this is just one of the projects that the team has come up with. Could this be the future of board games? Have a read of our interview with MacIntyre and decide for yourself.

There were quite a few jaw dropping augmented reality video demonstrations that we could have chosen from Professor Bruce Thomas and his team at the Wearable Computer Labs at the University of South Australia.

While ARQuake is fun, impressive and amusing, it has to be the level of application that goes along with their work in field of Interactive Spatial Augmented Reality that gets the nod. If you don’t know what all of that means, then don’t worry. You’re about to. If you liked that, take a look at the rest of our interview with Thomas and the WCL.

It’s not practical, it’s insane and there really isn’t much in the way of a practical future application here but, all the same Meta Cookie project is well worth a watch for being possible the only smell-based AR you’ll ever see.

The head gear alone is absolutely crazy but it clearly works and the level of detail down to the scent mixing and marking of the dummy cookie are strokes of genius. Bizarre but brilliant.

Harking right back to the earliest ARMAR projects from Columbia University, this very recent development from Metaio and their Junaio AR phone application is well worth a look.

Naturally, it’s highly specific to this printer at the moment and changing a toner cartridge is not the most complex of AR maintenance and repair tasks but it doesn’t take a genius to see a future in this kind of thing.

Last of all, we had to put a silly one in somewhere. Augmented reality is not ever going to be like this unless the person you’re pointing the phone at has posted a naked picture of themselves on the Internet but it’s an amusing video nonetheless.

Love Creative Marketing Agency is a guerrilla marketing and promotional staffing agency that works with brands and media agencies delivering below the line marketing campaigns. If you would like to discuss your next project call 0207 607 2568 or email planning@lovecreativemarketing.com