Creative Ways to Bring in Customers with Interactive Experiences 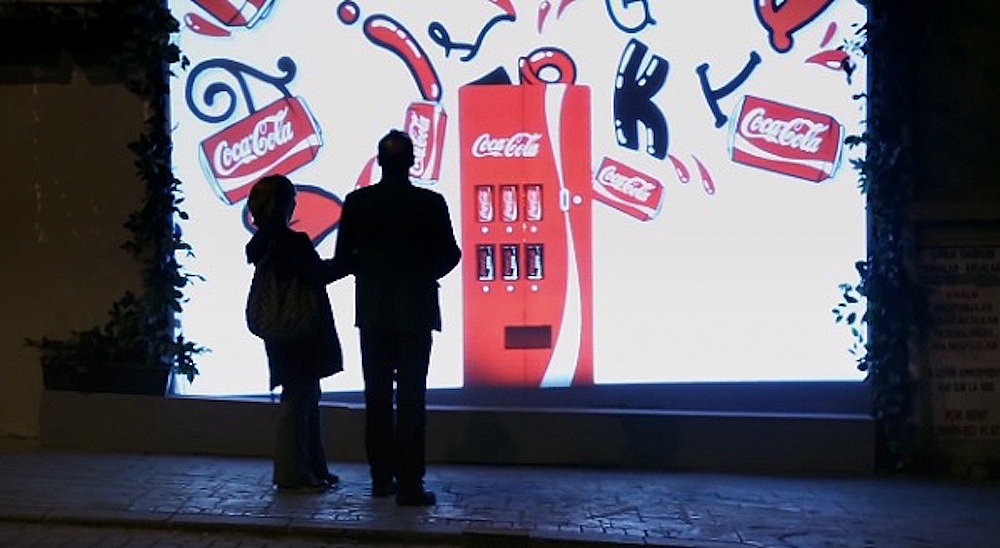 Experiential marketing is a method of advertising through an interactive experience that gets customers to talk about your business or product It can be an extremely powerful tool for those companies that want to leave a strong and lasting impression on customers.

It’s a unique take on attracting customers, as it relies heavily on creativity to not only capture attention, but to motivate people to experiment with and refer your products to others. Costs can be low—this is definitely a guerilla tactic at heart and will rely more on thinking outside the box than shelling out the kind of money that’s required in traditional advertising.

Perhaps it’s easiest to explain the process by highlighting some successful uses of a memorable customer experience as a marketing tactic.

In one novel case of allowing customers to see it for themselves, the European sporting equipment company Globetrotter lets shoppers step into a rain chamber that douses them with water and simulates storm-grade winds. This is all while wearing Globetrotter equipment, of course.

If that weren’t enough, many stores also have a freeze chamber where temperatures can drop to -30C, with an additional wind chill for good measure. 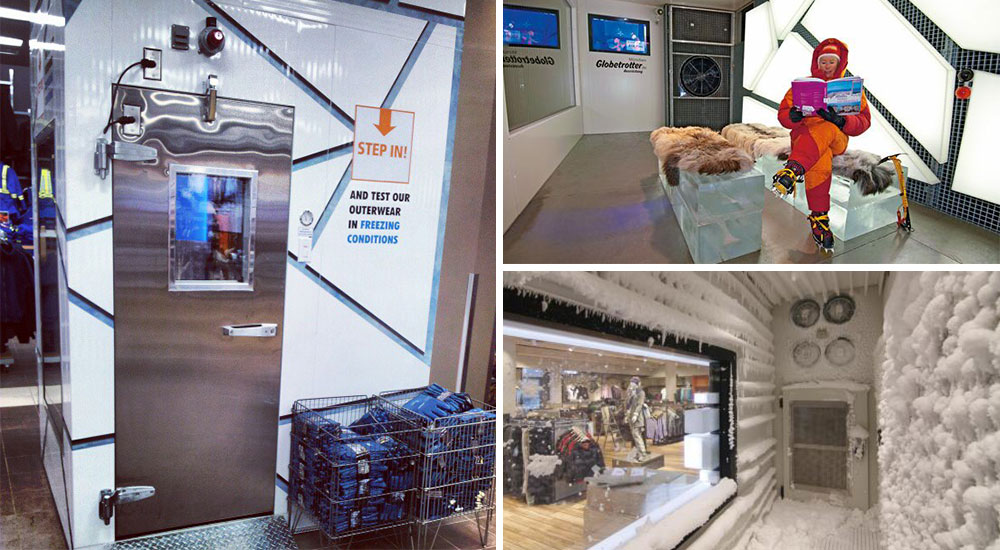 The outlandish nature of these experiential “stunts” has come under fire from onlookers, but fans of the store have expressed their opinion that testing the heavy-duty (and often very expensive) sportswear in simulated conditions matters:

It might seem gimmicky or wasteful at first, but once having had the pleasure of working for a couple days counting fish in a -18F walk in freezer, I can tell you that having the right gear really matters.
Not only does Globetrotter benefit from the natural word of mouth as onlookers “ooh” and “aah,” but prospective customers get to wear their gear in action right in the store, making the experience much more valuable than just a marketing gimmick.

In the “sneakerhead” culture, a lot of attention and hype can be centered around the release of a new shoe.

In order to get the ball rolling for a new line of sneakers from pro basketball player Derrick Rose, Adidas launched—and filmed—the simple but brilliant “Jump with Derrick” campaign. Rose, known for his amazing jumping ability on court, was the perfect athlete to inspire a competition to challenge average Joes to reach a 10-foot tall platform.

If participants were able to touch the small shelf (placed at the height of the standard NBA rim), they were awarded a free pair of Rose’s new Adidas sneakers.

Doubling down on the highly popular contest, Adidas filmed the events and released a video that showcased participants trying (and sometimes succeeding) to win the sneakers. Generating over 500,000+ views, it serves as the perfect example of using online media to get even better distribution for a live event.

Great experiential marketing campaigns are often able to create scenarios that pull in non-participants as well. As you might recall in our previous foray into viral marketing, the new Carrie marketing campaign was able to capture the attention of everyone inside of a coffee shop.

This next example fits the bill as well: Coca-Cola, in a joint promotion with the new James Bond film, created the “Unlock the 007 in You” campaign, where participants were randomly chosen at a kiosk to win a free pair of movie tickets to see Daniel Craig as Bond.

The catch? They had to make it to a second kiosk in under 70 seconds. To make it even more difficult, typical James Bond obstacles came across their path at every turn—everything from women with flowers to large panes of glass.

The great part about this chase, as with the Carrie video, was that a large crowd tended to form just to find out what was going on.

Are some of the examples above a little too rich for your taste? Remember that a unique customer experience doesn’t have to be an expensive one.

On the show Bar Rescue, show host and hospitality consultant Jon Taffer has always talked to struggling bar owners about creating something in their bar that’s worth talking about.

When fixing Bar 702, Taffer decided that it would be great to have something that customers would enjoy taking pictures of. Ideally, if customers take a picture of something in a bar, they are very likely to share it with friends on social media—nights out being one of the most common times to capture and post photos.

The solution was a open photo booth where patrons could get their picture snapped as a mugshot, ensuring all sorts of crazy photos that people were bound to share on social media: 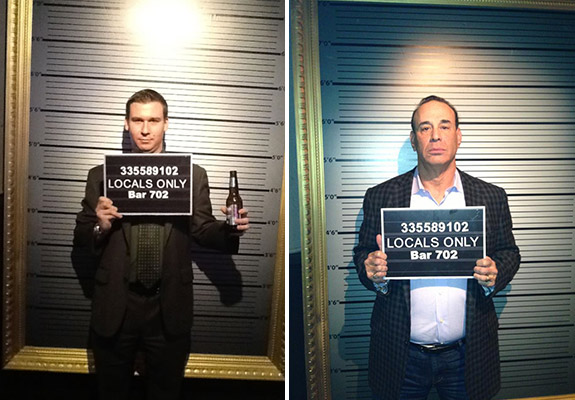 Inexpensive, but very effective in creating a simple, shareable experience that encourages people to talk about a business they’ve come across.

Although creating a marketable experience isn’t limited to hosting an event, events are certainly an important part of the experiential marketing ecosystem.

As a fan of target shooting, I can tell you that my local gun range got me as a customer long ago during their Christmas shoot off, which, funny enough, involves shooting Christmas tree decorations off of a tree.

For a less, er, aggressive take on events leading to repeat purchases, you can look at examples like wine festivals. Although made to move bottles of wine, these festivals often focus on the experience, such as kicking off your shoes and stomping some grapes for yourself like they do at the Rioja wine festival. 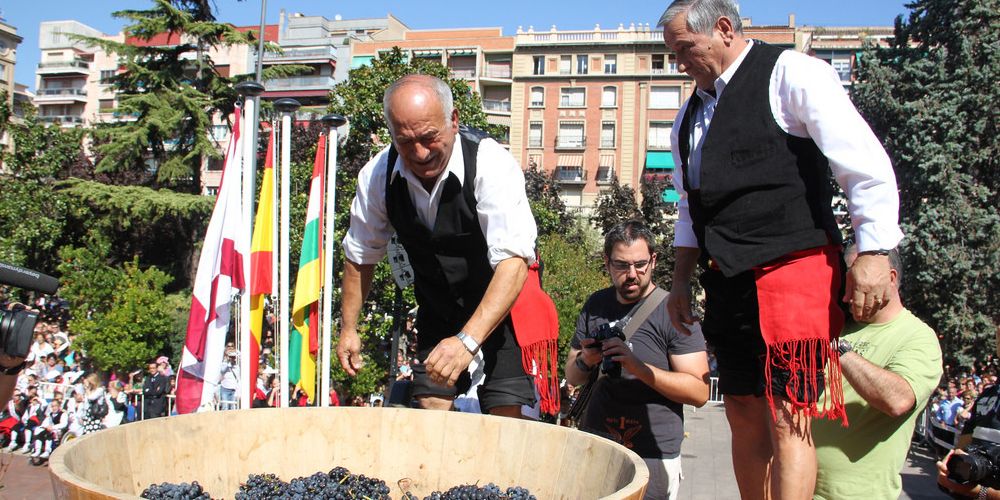 Last but not least, a more extreme example shows how events can become full on spectacles that draw thousands of people each year. Red Bull’s “flugtag”, as it’s known, invites participants to create handmade flying machines and fly them straight off a peer.

It’s a play to grab attention for sure, but it’s also an exceptional tie-in to Red Bull’s overall strategy to appeal to high energy, creative individuals.