Building light projection on Parliament London- On the 16th of April was the first day of the Commonwealth Summit in Westminster. To this day and in 37 Commonwealth countries, LOVE is illegal. This is the message that All Out wanted to spread during this crucial week.

To give you a little background, the anti-gay laws in place in those 37 Commonwealth countries were forced upon them by the UK as a result of colonialism. Those laws are now no longer in place in England but they still are in some of its former colonies.

All out is an international association aiming to allow people all over the world to LOVE who they want to LOVE without getting discriminated, harassed or even persecuted and imprisoned. 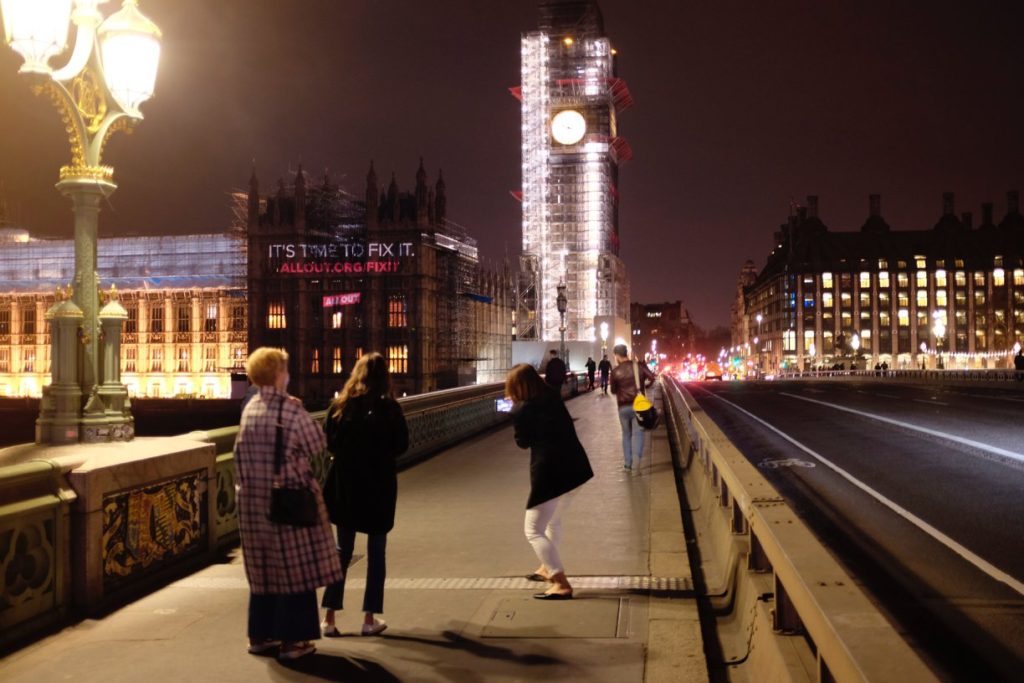 Love Creative Marketing Agency  organised projections and a video production team in order to spread this message. The team first went under Westminster bridge to project the message onto the Parliament where the Commonwealth summit was taking place. It was a swift operation as its guerrilla marketing.

The operation was live on Facebook and all All out members and supporters could cheer the team up and see what was happening.